Being da good Host dat I am, I decided to take Messi to my favorite place.   You probably already guessed.

I introduced him to da beach.

Ya see, being a city boy, he has never been to da beach so I had to re-assure him dat it was loads of fun.

He put his paws in da ocean and just loved it!


Messi had such da grrrrrreat time dat he even asked his peeps if dey would let him visit me again.  He want to try his paws at surf'in next time.

Messi had to fly back to dat big city (sigh).  I will miss my little sweet frenchie furfriend.  Au Revoir Messi!


Oh, oh, oh....  I almost forgot dat tonight is New Year's Eve.  I hope you have fun pawtying wiff all of your friends.


Now, as a Blogville Pawlice officer, I think dat it's my duty to remind you to not drink and drive. 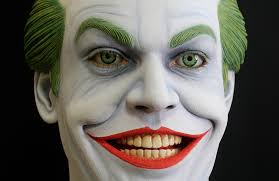 Messi is da first frenchie dat I have ever met and dar was lots to learn about him.

Firstly.... he SNORTS!   At first I thought dat he was speak'in french but no, it is definitely a Snort.  He is so funny.  I know dat I shouldn't laugh at him, but he is a really funny guy.

WARNING:   Do not sit down wind from him.   Notice dat his butt is pointed at me as I sit on my couch, (watching TV as usual).   Biggy mistake.  Ya see, Messi is da GAS KING.   When he lets lose wiff a stink bomb, everyone runs into another room.

What are his parents feeding him?   Brussel spouts?  Beans? 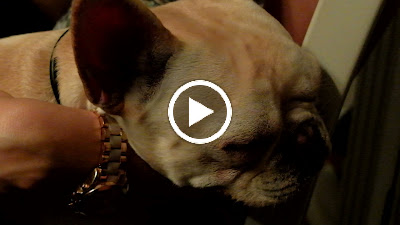 I'm glad I got to sleep wiff Mom at da other end of da house.

Stay tuned for Da French Invasion - Part 3 (tomorrow).    I take Messi out for a car ride to my favorite place.    Find out if he gassed anyone in da car.


Now, just because I gotta know....  Do you snore or gas visitors?

I am soooooooo excited to tell you all about my Christmas visitor.

Messi flew all da way from NY to NC, just to have Christmas wiff ME!  Wow.... I've never ridden on a big bird plane.

He came wiff Aunty D's son (dat's Mom's nephew) and his new wife.  Dar da ones dat got married in NYC and in Nepal.

So you are probably wondering how he got his name.   Can you guess?

He is named after some famous soccer player.

Now, Messi is a city/concrete boy so at first he didn't know what to do in my yard.   He tried to play ball on da patio butt I showed him dat it is much more fun to run around and play in da grass.

I also taught him all sorts of fun stuff (like tug-a-war-stuffie) and he was AMAZED at ALL of my toys.   We did have one casualty.

My new Christmas toy (da yellow Giraffe from Jack)  kinda lost his tail and is now in da stuffie hospital.    Maybe Messi was trying to make my Giraffe look more like him (hehehehe).

Once I got used to his accent, we became Best Pals.

Happy Christmas to ALL

I hope dat Santa Paws brought you a very special pressie dat is full of love.


Pees.... in case da mailman/lady didn't deliver my card, dis is my 2015 Christmas Card.   You can all count it as another card received.    Santa said so. 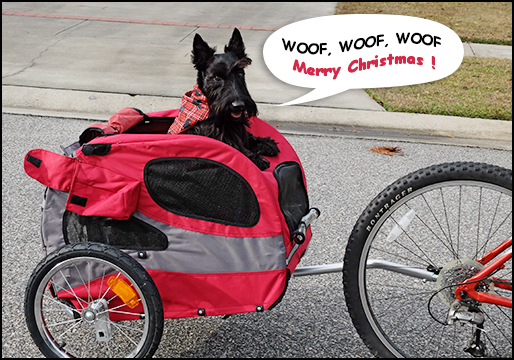 Soon, I had da whole neighborhood barking along wiff me.    It was grrrrrrreat fun. 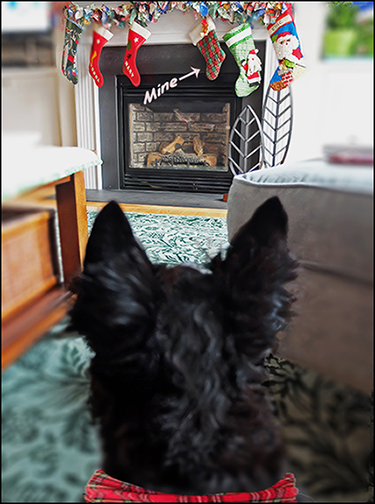 After all dat caroling, I drank up loads of water and took a wee little nap.

Now I'm keep'n an eye on my stocking.

Stocking guard duty is serious stuff.  I only hope dat I can stay awake long enough to see Santa Paws.

What are you up to tonight? 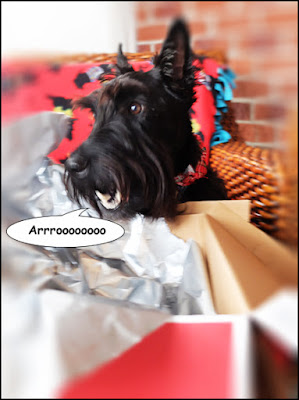 It's about dog-gone time!
Des packages have been sitting, unopened, on da table for like 87 days.

Da 1st one is huge and is from my Blogville Holiday Gift Exchange buddy Jack.

He sent me a huge cookie and TWO (yes I said TWO) brand new Stuffies.

If dat wasn't enough excitement, I also got to open up a wee little package from my girlfriend Daisy.    You know what dey say, good things come in small packages.


She sent me another squeaky toy, a scottie hotpad (for Mom), a cookie, and some Golden Nuggets (Yeti Dog Chews).  I've never eaten Gold before.  I'm gonna feel like a KING eat'in dem.

My Daisy sure know how to pack a ton of great stuff in a little box.


I can't wait to see what Santa Paws brings me.   I hope dat he doesn't know about my recent mischief mak'in (eating nerf bullet top and chewing up Sunday's topper).

Oh.... I think dat Mom is cheat'in.   Ya see, her Birthday is Christmas Day, so she is getting Birthday cards too and count'in dem as Christmas Cards.
I decide to let her cheat since she will NEVER catch me and since she let me open up 2 pressies early.   Good of me huh?  I hope dat Santa Paws is paying attention.

Not so Sweet on Sundays 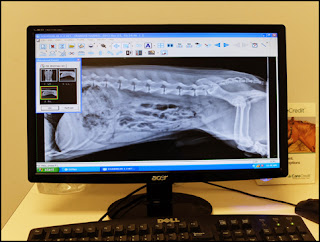 What happened, you ask?

Well, last Sunday, I was just sitting in my backyard (which is fenced) watching the kids play in da yard behind me and I was shot at.
Ok, maybe not on purpose, but dis bullet came flying into my yard.   It was a Nerf Bullet.   It landed right by me so I  just had to check it out.   Ya see, I've never seen one of des so I decided dat maybe it was a new chew toy.

Now according to Mom, our doorbell rang and it was one of da gun slinging kids.  She told Mom dat I had one of their bullets.

What?  Don't they know the Scottie Possession Laws?    What are dey teaching in da schools?
Anyways, Mom came out in da yard and dar I was chew'in on da blue part of da bullet.   I gave it to her but she looked worry.   She asked da kids if dar was another part of the bullet and dey said yes.

OMD... she said, da bright orange harder plastic with a hard plastic skew at one end was missing.   So... off we went for a road-trip.   I do love to ride in da car, until I saw where we were going.

Da Dogster gave me a shot of some nasty drug dat made me sick to my tummy.

So...  I returned da bullet top and dey bagged it for Mom.

Three days later, I kinda got bored and went look'in for some new property/toy to acquire.   Aunty D came down stairs and found me play'in wiff my new toy.

I found it in her overnight bag and pulled it out.  It was empty, but it was still fun to chew on.   I gave it to her, when she asked but den she said OMD.... Sunday's top is missing.  She called Mom (who was on her way home from work) and told her dat I ate Sunday.   She search dat  floor and couldn't find Sunday's topper.


Road-trip!  Dis time we had to go across da river to da emergency vet hospital as it was after hours.
Sick shot (again), but I didn't give the topper back.   X-ray looked okay so we went home wiff fewer green papers and I had bread and just a  little bit of food for dinner. 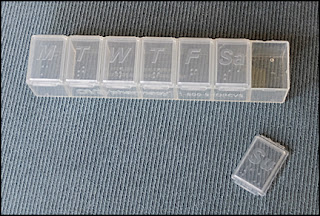 She said dat she really hopes dat Santa brings me some new toys.

Oh, oh, oh..... she also said dat I could open my pressie from Jack early.   YIPPY !!!!    Jack's present arrived and has been just sit'in on da table.   I can't wait to see what I got in da blogville holiday gift exchange from Jack.

Email ThisBlogThis!Share to TwitterShare to FacebookShare to Pinterest
Labels: dogster

Always in our Hearts - Stuart

Tonight I'm lighting my light for my buddy Stuart.

My heart is broken.  I am missin you already.

You were my very 1st Blogville scottie furfriend and I loved dat we shared our Barkdays.    Who can forget our Barkday celebrations: Beach Pawty (and Beach Blanket Bingo), Dogtona Barkday Racing, and our Barkday Scavanger Hunt.

I loved ya, my Great Scot Furfriend.

Pees..... I may need a towel, Mom's eyes keep leaking on me and she is hugin me a bit too tight tonight.   I hear dat dis is happenin all over da world.
Posted by Ranger at 9:18 PM 13 comments:

Email ThisBlogThis!Share to TwitterShare to FacebookShare to Pinterest
Labels: POTP

Today is Santa Paws' List Day and I'm Hosting a Blog Hop.    I hope you join in.
Here's what ya gotta do:  Post your letter to Santapaws and convince him dat you were Nice.   Then tell Santapaws what you want for Christmas and join da Blog hop.

Dear Santa Paws,I know dat you have lots of furkids to keep an eye on, but I think you should know dat overall, I've been a really good boy dis year.
Dat said, here's what I want for Christmas. 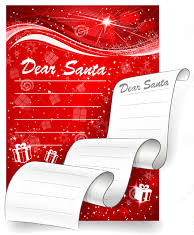 According to da December Wacky Holiday list, Friday December 4th is Santa Paws' List Day.    I'm hosting a Blog Hop then and I hope you join in.

Here's what ya gotta do to join in da fun: